The finalists for the inaugural Bill Schwanke Award, which will be awarded annually to the top play-by-play radio broadcaster in the FCS, were announced this week via Twitter by FCS Nation Radio. The finalists are: Mr. Larry Weir of Eastern Washington University, Mr. Jay Colley of William and Mary, Mr. Gary Rima of Northern Iowa, Mr. Brian Rives of Austin Peay, and Mr. Jay Sandos of East Tennessee State.

The Bill Schwanke Award is named after longtime "Voice of the Griz" Bill Schwanke who called 279 University of Montana football games from 1971-93.

The announcement of the winner will be made on Wednesday 5 January, 2022 at noon mountain time. 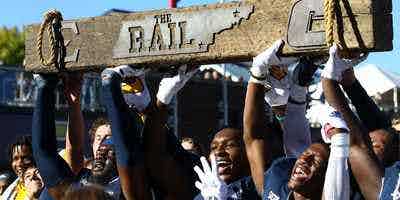